Richard Howitt got into politics because he had the aspiration to change things, particularly for people with disabilities.

Member of the European Parliament

Using the fundamental principles of unity and solidarity from the trade union and Labour movement, Howitt has been able to make a difference in the European Parliament.

Richard Howitt has been involved in the evolution of Integrated Reporting from the start.

It is no longer sufficient for the Company Executive to say "I didn't know." The concept of 'due diligence' says: "You should know."

In October 2016 Howitt announced his resignation from the European Parliament to join the financial services sector by becoming CEO of the International Integrated Reporting Council (IIRC). He said he would be replaced as Labour MEP for the East of England by his former press secretary Alex Mayer without the need for an election, due to the closed list electoral system European elections operate under. The UK will no longer send representatives to the European Parliament after March 2019.
As the lead on corporate responsibility across four terms (20 years) of the European Parliament, Howitt was a key architect of the EU’s non-financial information law, giving him the skills and experience necessary to be CEO at the IIRC which describes itself as a global coalition of companies, investors, regulators, standard setters, the accounting profession and NGOs. 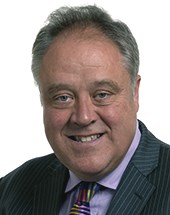 News From The Blog

Read the latest articles from our blog on politics.

Betting Companies To Be Banned From Sport Sponsorships?

The Labour Party has promised to tackle what it has termed the Hidden Epidemic of gambling addiction and wants to protect children from exposure to betting at an early age by barring betting firms sponsoring football shirts.

The Labour party line with regards to the EU referendum was to support the remain campaign, but Labour Leader Jeremy Corbyn has since said the people have voted and the decision should be respected. However, the Labour Party, together with the Greens and Liberal Democrats, wanted to see an immediate guarantee that EU citizens staying in the country could remain. The Conservatives did not oblige.

Richard Howitt has always been aware that pulling down barriers creates a better world for most people. A big supporter of the UK being a member state of the EU, Howitt appreciates the free movement across Europe and the fact that laws created in the European parliament have bought tangible benefits to people in Britain.