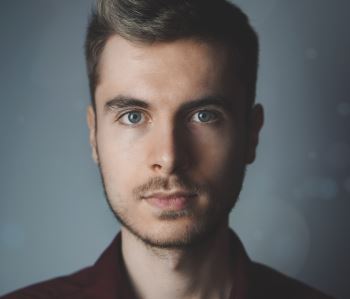 Currently studying Politics at the University of Essex

Brexit came about because some members of the UK Conservative party wished to regain sovereignty from the EU and hoped that the threat of a British exit from the EU would strike such fear into the EU members states that they would be willing to restore British sovereignty whilst allowing the UK to continue reaping the rewards of a single market. David Cameron, called for an EU referendum to placate members of his party who felt that his renegotiation of the terms of the country’s membership had created a draft deal they could not accept. Failing to convince the public, and his own MPs, that Britain should continue its EU membership, the UK opted for Brexit and Cameron resigned.

Brexit remains an unknown quantity as discussions are still ongoing. Howitt believes there are several effects that may be seen after March 2019 when Britain is no longer a member of the European Union. Here are some:

As a member of the EU, citizens have freedom of movement across all member states, not just for holidays, but to live and to work. It also means that UK nationals can retire anywhere in Europe and still receive their UK pension. After Brexit, UK nationals living outside of the EU will not see an increase in their state pension each year. Visas are likely to be needed when visiting other European countries.

EU member states have agreed that all EU citizens on holiday have the right to receive emergency healthcare in whichever country they are taking a vacation. A British citizen travelling outside the EU and in a country without a UK embassy, can ask for consular protection from any EU embassy. These benefits are unlikely to exist post March 2019.

In 2015 a report published by the Centre for Economics and Business Research estimated that more than 3 million jobs in the UK were linked to British exports to the EU, with the figure expected to reach 3.8 million by 2030. The UK exports about 45 percent of trade to the EU and imports about 53 percent of goods and services from the EU. It is likely that trading terms will not be as favourable as those between EU member states since the EU does not want other countries to leave the union.

About two-thirds of small and medium-sized enterprises and two-thirds of the membership of the Confederation of British Influence (CBI) say the EU has had an overall positive impact on their business. The CBI have stated that the financial benefit of being an EU member is around £62-£78bn per year, which is about 4-5 percent of the UK’s GDP. Out of the EU the UK will revert to the World Trade Organisation rules for global business.

British farmers are helped by considerable EU subsidies to maintain agriculture and ensure job stability for those directly and indirectly involved in farming. In the months since the EU referendum result, the number of European nationals who have left the UK due to continued uncertainty about their right to remain in the UK, has seen talk of migration control post-Brexit to be dropped as an unnecessary discussion.

Many financial institutions and other businesses are already preparing to move to an EU country so as not to have to deal with border controls or immigration issues. Frankfurt is already waiting to welcome several banks, whilst other companies in the UK are turning to EU countries, particularly Ireland with its low business tax rates.

The majority of UK worker rights gained in recent years, from paternity rights to holidays have been EU directed. It is as yet unclear if these will remain in force once the UK is no longer an EU member state.

Currently, every EU citizen has equal consumer rights when shopping anywhere in Europe, which ensures the quality and safety of products. Two examples are the two-year guarantee on all products and the ceiling for roaming charges across the member states. It is also the reason the UK does not import food from the USA, because the food does not meet EU standards.

Howitt’s main focus of interest within the EU aside from corporate reporting is in relation to people with disabilities. The EU has enacted a large number of disability rights and European social funding has supported people with disabilities into employment. Howitt’s concern is whether, when Britain leaves the EU, the UK government will reinstate each and every right offered by the EU.

Howitt supported the Labour Party by campaigning against Brexit in the referendum. He now says the result must be honoured, with Labour aiming to keep workers' and consumer rights protected and environmental protections maintained. Labour wants to guarantee the rights of EU nationals living and working in the UK to stay in the country from "day one", with no target numbers for migration levels.

The current Conservative position is for a two-year transition and a hard Brexit, which means removing the UK from the customs union, Euratom (The European Atomic Energy Community) and the European Court.

Labour has called for a four-year transition arrangement, during which Britain would remain a full member of the customs union and the single market. Labour wants a transition deal that stretches past the next election on 5 May 2022, which it hopes to win. Then it can decide a final deal or return Britain to full membership of the EU, if the other 27 member states agree.